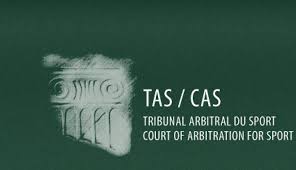 The Court of Arbitration for Sport (CAS) has announced the opening of two temporary offices on the site of the Pyeongchang 2.018 Winter Olympic Games.

The first one (CAS ad hoc division)  is located at the Yongpyong Alpine Venue, will resolve any legal disputes that arise during the Games. The second one (CAS Anti-Doping Division) will be in charge of all doping matters, is at the Tower Condominium- Yongpyong Lobby level.